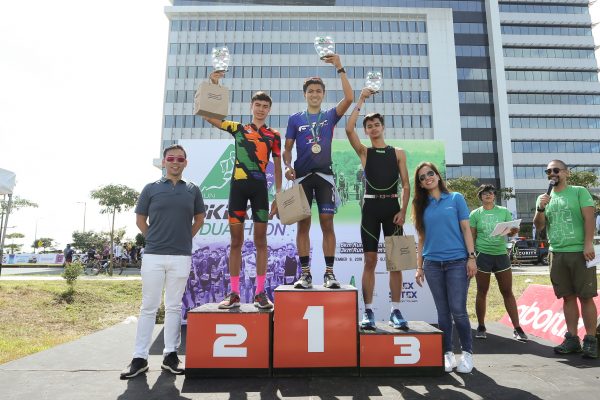 Songco slid into the chute after the 60-km bike along SCTex. He was faster than Dacayanan but his extra seconds in transition and on the 4-km run leg gave his rival a full minute advantage.

Dacayanan topped his age group, and took the top honor as the fastest overall male in 2 hours, 16 minutes, 46 seconds. Songco clocked a full minute after to settle for second in his age group and as overall male finisher.

On the ladies’ side, Jayline Balatibat (Herbalife) blitzed in at 2:37:30 to claim overall fastest female honors and first place in the female 30-34 category.

For the complete race results and winners listing of the Bike King Duathlon, visit http://www.bikekingphilippines.com