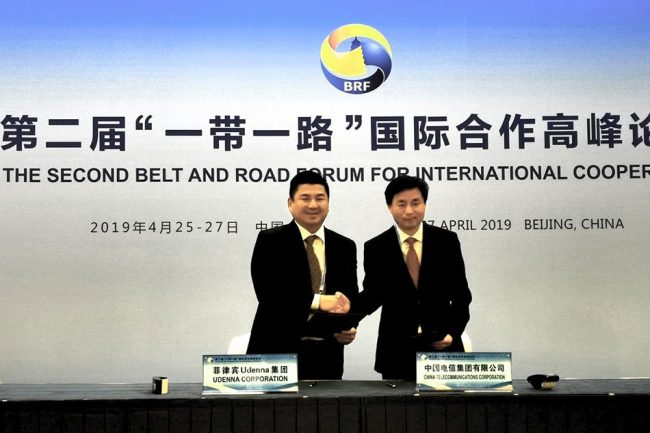 Dennis Uy’s Udenna Corp. and Chelsea Logistics signed the agreement with Chinatel in Beijing on April 25 to formalize their “mutual undertakings and obligations” to become the country’s third telco provider, the company said in a statement.

The signing, held during the second Belt and Road Forum for International Cooperation, was witnessed by business leaders from the Philippines, China and other Asian countries, the statement said.

“This is a historic occasion. This is another step forward in realizing Udenna’s vision to improve the lives of Filipinos. Everything that we do is about making lives better not just for this generation, but for the next generation,” said Udenna chairman Dennis Uy.

Mislatel was named as the provisional third telecommunications player in November.

The Senate in February approved the change in ownership of franchise holder Mislatel, paving the way for the consortium with the same name to mount a challenge against PLDT Inc and Globe Telecom.

The Department of Information and Communications Technology earlier said the National Telecommunications Commission will ask the House of Representatives to “issue a formal declaration to the effect that it does not object to the Senate Resolution” before a Certificate of Public Convenience and Necessity can be issued to Mislatel.

Some lawmakers earlier argued that Mislatel’s franchise was “deemed revoked” for failure to operate a year after it was granted.