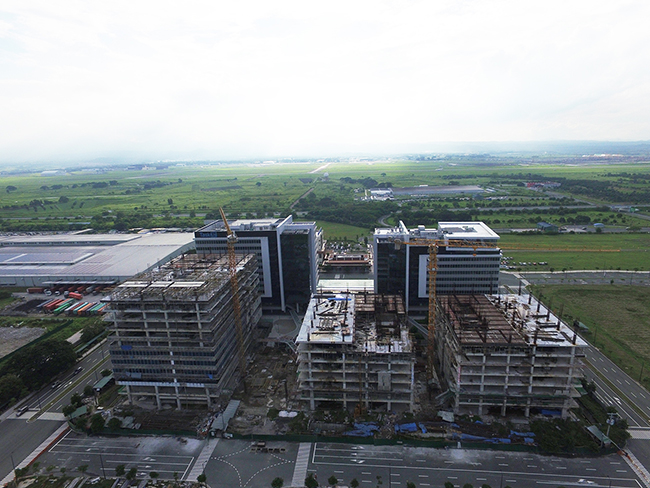 Udenna’s Global Gateway Development Corp. (GGDC) is setting the foundation for the next business district to rise inside the Clark.

The 177-hectare Clark Global City (CGC) is among the four major investment districts in Clark.
CGC was previously envisioned as an aviation-focused logistics park exclusively developed by GGDC. When the Udenna Group took over in 2017, it renewed its lease agreement over the estate to run until 2085 and amended the masterplan with a vision of developing the area as the next central business district – maximizing allowable building heights and floor area ratios, opening additional access points, right-sizing the lot cuts to the needs of the market, and welcoming local partners in developing the leasehold.

The development is being positioned as a CBD  in Clark, given its strategic location in a freeport zone; proximity to major infrastructure developments such as the expansion of the Clark International Airport, the North Luzon Expressway-South Luzon Expressway  Connector Road, Subic-Clark Cargo Railway and PNR North Railway; and access to young and highly skilled talents.
Under Dennis Uy’s Udenna, about $5 billion in infrastructure is seen to go to CGC  in the first 10 years of its development.

Evan McBride, Udenna Development Corp. (Udevco) chief finance officer, said of the amount, around $200 million will go for the land’s development while the rest will go to investments on property such as offices buildings, commercial spaces, and even a casino complex.

Of the lined up projects,  five office buildings will be undertake by Udenna (two completed and three under construction) and a casino complex that will be developed under unit PH Resorts Group Holdings Inc. and will be up by 2022, said McBride.

The casino complex, still in the drawing board, will occupy at least 10 hectares in the property.

“We are developing what will become the Philippines’ new center of business, life and innovation. Clark Global City will offer a global business destination and (will) spur economic transformation outside of Metro Manila, complementing the government’s efforts to spread growth across the country,” said Uy,  Udenna chairman.

GGDC continues to sign locators to accelerate the development.

In February, the company signed Suyen Corp., the group behind the Bench brand, for the lease of a 2,886-sq.m. land for its  office tower for lease.

Locators can  enjoy  lease of up to 67 years after Udenna managed to extend its lease from the government by another 25 years, from the original 50 since when it was won by the original developer of the property — Kuwaiti KGL Investment Co., (KGLI) — nine years ago.
Most favorable district

Leechiu Property Consultants has cited Udenna’s master-planned development as the main driver of office demand in Clark, the second-largest office market in the Philippines.

Udenna’s ideal location within a special economic zone and near major thoroughfares provides a distinct advantage. The area has a pool of diverse talents.

Situated within the Clark Freeport Zone, the development offers the benefits of an ideal regulatory, economic and operating environment.

“Clark Global City also offers direct access to the Clark International Airport, which sits about 7.5 kilometers or 10 minutes away by car. The new terminal, under construction, will have a direct link to the existing road leading to the development,” Leechiu said.

GGDC said prospective locators will also benefit from the completion of the NLEX-SLEX Connector Road, Subic-Clark Cargo Railway and PNR North Railway in the next two to three years.

The planned PNR North Railway, for one, will create access to a bigger talent pool.