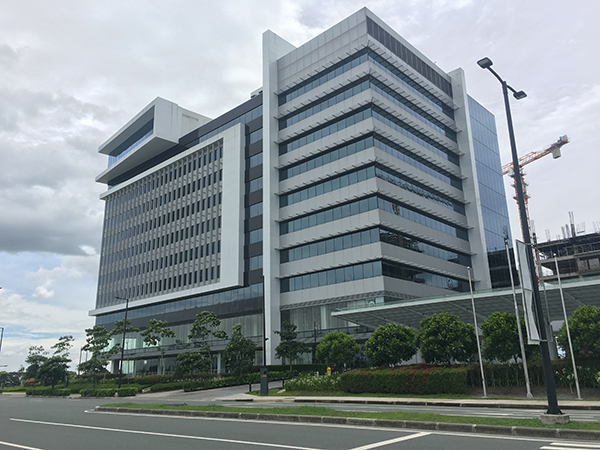 The pace of infrastructure development leading up to Clark and its tremendous potential as a business hub outside of Metro Manila are just two of the reasons why this former American military facility is the next, if  it is not already, a center of property development.

“The development of more townships in Clark and its environs is also in line with the government’s goal to decentralize and bring economic growth to the other areas of the country. We see developers further maximizing the infrastructure projects lined up by the national government in Metro Clark,” said Bondoc.

Metro Clark is  among the major beneficiaries of the national government’s “golden age of infrastructure” and the “Build, Build, Build” push will further strengthen Clark’s stature as the next major business hub in the country.

Bondoc said this will further drive demand for offices, residential projects, malls, hotels, and industrial parks within the corridor.

Colliers said business process outsourcing (BPO) companies that are expanding operations find Clark and its environs feasible locations due to the presence of a skilled workforce and support facilities such as information technology  infrastructure, office buildings and residential projects.

“The demand for these projects is likely to expand further once the public projects lined up the government are completed,” Bondoc said.

According to Bondoc,  new office and residential supply within township projects being developed by national players will drive these developments.

At present, Clark Freeport accounts for more than 40 percent of the more than 290,000 square meters (sq. m.) of office gross leasable area in the Clark-Angeles-San Fernando corridor.

The residential landscape in Clark, Angeles, and San Fernando is primarily horizontal (house and lot). The vertical or condominium market is still in its infancy but Colliers sees a more aggressive construction of vertical projects over the next three to six years especially within integrated communities that will be developed by national players.

Over the near to medium-term, Colliers sees Metro Clark becoming the hotbed for condominium development in  Central Luzon as these residential towers complement the office projects in the pipeline.

The average price of house and lot units declined from P4.7 million  in 2013 to P3.6 million in 2017 due to a more aggressive launch of economic and affordable projects which mainly cater to families of overseas Filipino workers.

At present, there are only around 2,200 condominium units in Metro Clark representing only 2.4 percent of Metro Manila’s condominium stock

Colliers also urges developers to cash in on the opportunity to be brought about by the expansion of Clark International Airport by building more three to four-star hotels and meeting, incentive, conference and exhibition (MICE) facilities as well as transit-oriented, tourist-centric retail projects.
Colliers believes  developers should build retail outlets near the infrastructure projects to capture a larger share of the commuting public. Colliers also suggests redevelopment of brownfield assets and old office and retail buildings especially in downtown Angeles and San Fernando similar to Megaworld employed this similar strategy in San Fernando following its acquisition of the former site of Pampanga Sugar Development Company which it plans to transform into an integrated community.