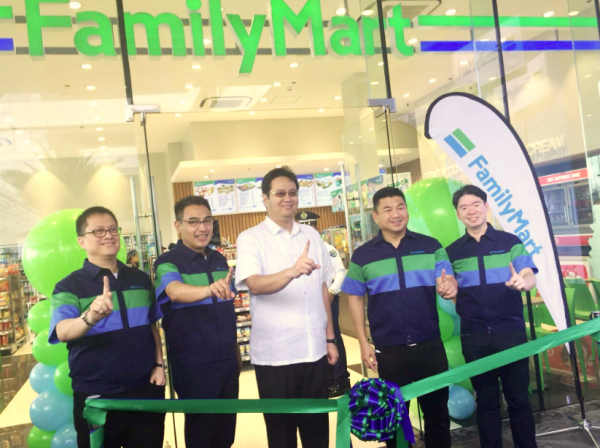 FamilyMart opened its first Generation 2 store at the Clark Global City on August 8, 2018—its first store in the north of the Philippines and the first after it was acquired by Phoenix Petroleum.

The Japanese convenience store chain’s newest branch, opening at West Aero Park in Clark Global City, introduces the new, modern look of the store including new uniforms for the crew and additional food offerings on its menu.

“The launch of FamilyMart in Clark Global City represents the culmination of extensive planning and strategy to take the franchise to new heights,” said FamilyMart General Manager Roald Yap.

In January 2018, Phoenix Petroleum, the country’s fastest-growing oil company, acquired FamilyMart and rolled out plans to further enhance and expand the business.

“Our purchase of FamilyMart came with a commitment to nurture and develop the brand and help it in enrich Filipinos’ everyday grind through fresher and healthier options,” Phoenix Petroleum Chief Operating Officer Henry Albert Fadullon said. “We are introducing these improvements, first, at the newly opened FamilyMart in Clark Global City, in pursuit of our vision of becoming the indispensable partner of Filipinos in their life’s journeys.”

FamilyMart is the second largest convenience store chain in the world with over 18,000 stores across Asia. In the Philippines, FamilyMart has branches in Makati, Fort Bonifacio, Quezon City, Mandaluyong, Pasig, Pasay, Alabang, Laguna and Pampanga.