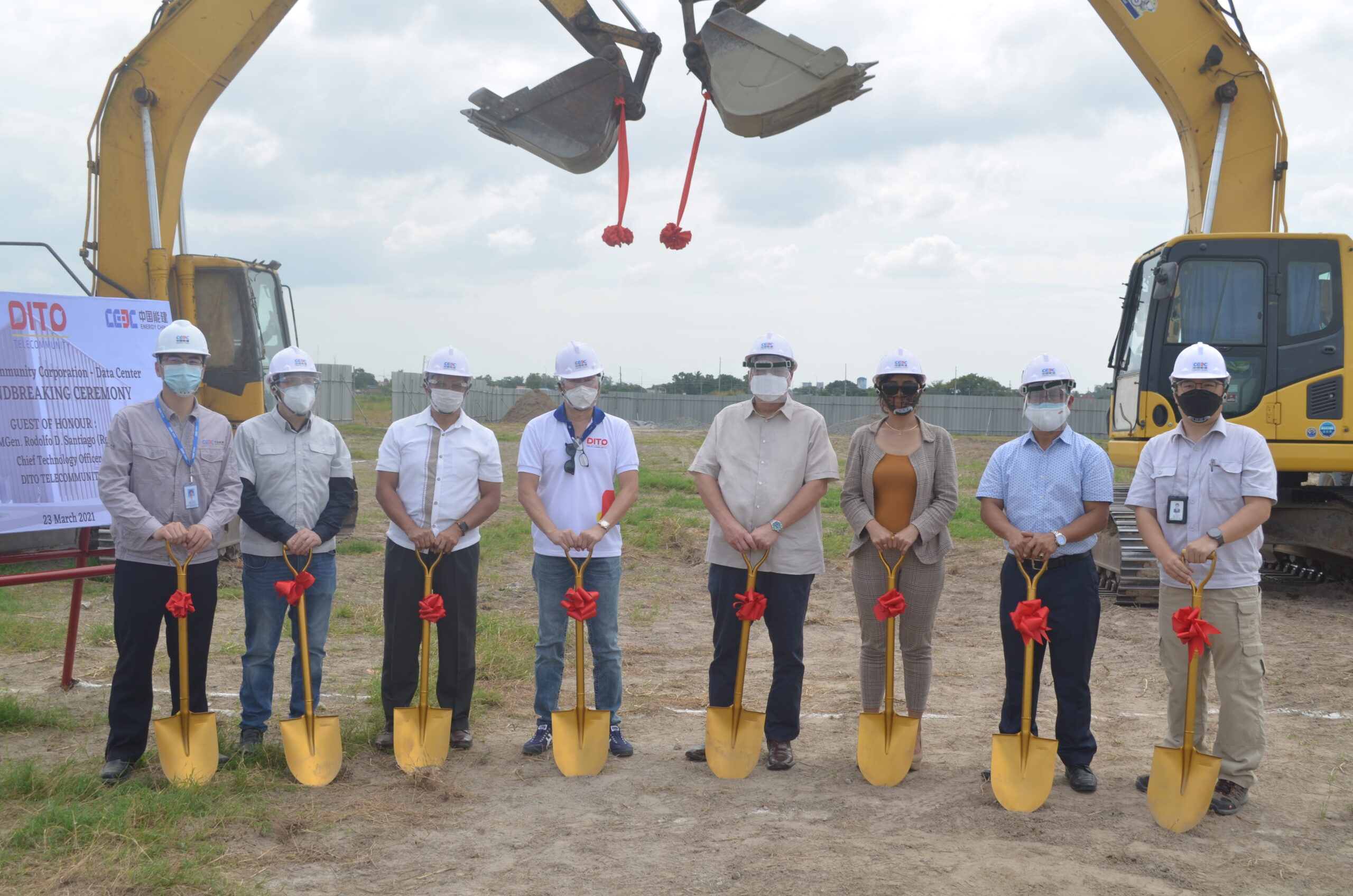 MANILA – DITO Telecommunity on Tuesday said it has broken ground for its Google campus-inspired data center which would be developed along with Udenna Land Inc at the Clark Global City in Pampanga.

The data center, located within its 8-hectare DITO headquarters, will house a network operations center, a call center, a regional center and a research and development segment, DITO Telecommunity said in a statement.

“The DITO Data Center is a critical component to sustain DITO’s commercial operations center… and this must be located in an ideal location,” said DITO Project Management Office Lead Benedicto Lacsamana.

The hub will generate “thousands” of jobs upon full completion, said the telco which also launched its commercial services in Visayas and Mindanao last month.

DITO said Clark Global City will host its central telecommunication infrastructure network and is a “key area” in its ongoing infrastructure rollout.

DITO, the country’s third telco, is mounting its nationwide network, in order to compete with the duopoly of Globe Telecom and PLDT Inc., whose services have drawn complaints over slow internet speeds and poor reception in some areas, among others. Udenna Land Inc’s Clark Global City is envisioned to be one of the country’s “truly smart” cities, the company said. The area is close to the Clark International Airport and other transport hubs, it added.

DITO chief administrative officer Adel Tamano earlier said its commercial services would be available in Luzon “a few weeks” after going online in the Visayas and Mindanao.

The company, operated by Dennis Uy with China Telecom, passed its first-year commitment through a technical audit after registering a minimum broadband speed of 507.5 Mbps for its 5G service, and 85.9 Mbps minimum speed for its 4G service.