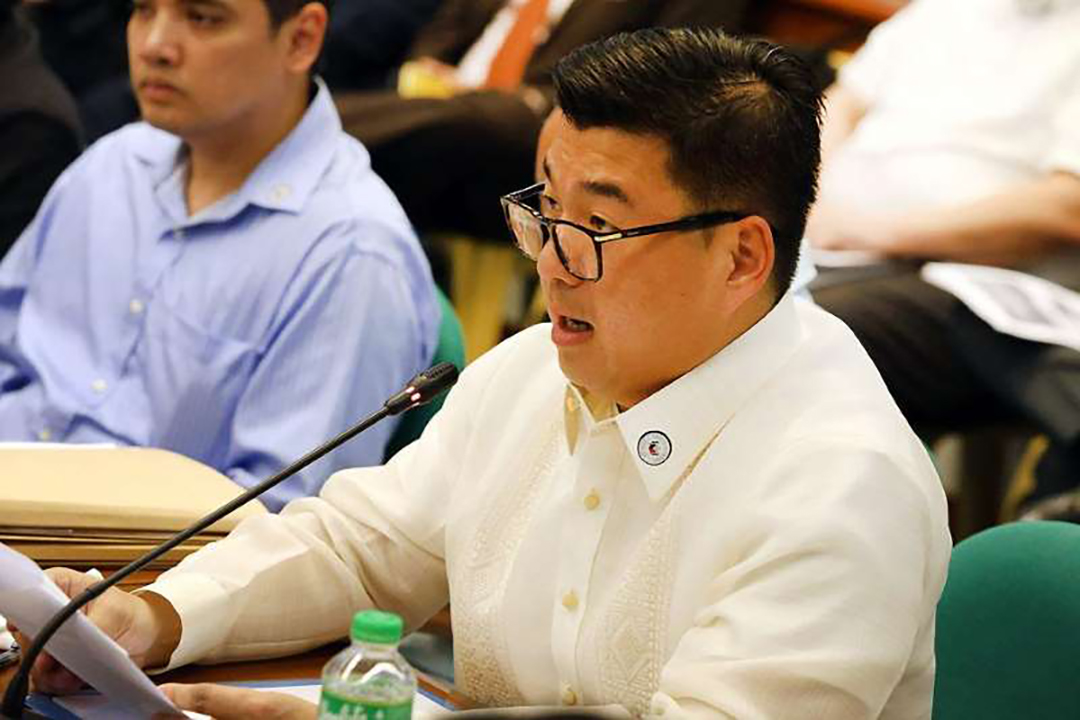 Dennis Uy: No Plans For Udenna To Acquire ABS-CBN

Udenna’s chairman and CEO said the company has no plans to go into broadcasting at the moment, and that issues hounding the broadcaster be resolved soon.

“Let me be clear once and for all and say that we, in Udenna Corporation, have no intention to acquire ABS-CBN…Being in the business of broadcasting is not part of our corporate direction,” he said in a statement.

“We are hoping that their issues be resolved soonest,” added Uy.

His statement comes after the NTC last week backtracked from earlier pronouncements and instead ordered ABS-CBN to stop operating its various television and radio stations absent a congressional franchise which lapsed on Monday, May 4, 2020.

ABS-CBN signed off last Tuesday evening following a broadcast of its news program TV Patrol, in compliance with the cease and desist order.

The NTC order was released days after the Office of the Solicitor General warned NTC commissioners that they could face Anti-Graft and Corrupt Practices Act charges should they issue ABS-CBN Corp. and its affiliate ABS Convergence Inc. a provisional authority (PA) to operate after its franchise lapses on May 4, 2020.

Prior to the warning, the NTC said it would heed orders of both houses of Congress to grant ABS-CBN a PA to allow the company to continue operating while its franchise is being deliberated.

To recall, the House of Representatives Committee on Legislative Franchises—through a letter from House Speaker Alan Peter Cayetano and panel chair Franz Alvarez dated February 26, 2020—formally requested the NTC to grant ABS-CBN a PA to be able to operate beyond May 4.

“Udenna commits that we are and will always be partners with all Filipinos in building our nation,” he added.

A top contributor to President Rodrigo Duterte’s campaign kitty during the 2016 elections, Uy has expanded his empire through several acquisitions and ventures during the current administration.

Udenna Communications Media and Entertainment Holdings Corporation was supposed to be the parent company for the group’s shares in Dito, but instead sold such shares to ISM Communications, which was then renamed Dito.