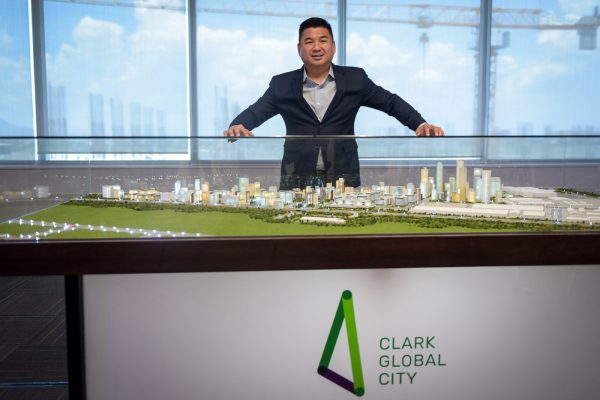 CLARK, PAMPANGA — Udenna Development Corp. (UDEVCO) will begin work on the first phase of Clark Global City within the year, as it aims to transform the area into the next central business hub in Luzon.

The company led by businessman Dennis A. Uy will be spending $5 billion over the next 10 years for the property’s horizontal development such as road networks. UDEVCO has already spent $1 billion for the purchase of the company that holds the rights to the long-term lease of the 177-hectare property last year.

Clark Global City Corp. (CGCC), UDEVCO’s wholly owned unit in charge of the development, is currently focusing on completing the 47 hectares of land that already houses a 173-bed hospital under the Medical City brand and two Grade A office buildings offering 57,000 square meters of leasable space.

Mr. Placino said the goal is to fully lease out the two office buildings and finish the three office buildings still under construction, to attract more companies to move to Clark Global City.

Over the next 10 years, CGCC will oversee the development of a hotel and casino, office and retail complexes, a transport terminal, church, educational institutions, and other amenities in Clark Global City.

Mr. Uy said the company is currently drafting a plan for the hotel and casino component, and targeting its opening by 2022. It will cover around 10 hectares, most of which will be allotted for entertainment spaces.

“We will be inviting fellow developers to develop remaining parts of the estate. That will be open to local and foreign developers. What our group intends to do is fully develop horizontally, the roads, the common areas. But the rest of the verticals will be open to foreign and local investors,” Mr. Placino said.

To date, the company is negotiating with at least nine local firms to locate in the area, targeting to close these deals by year-end.

Mr. Placino said it will also conduct road shows in Hong Kong, Beijing, and Tokyo in June to invite multinational corporations, such as property developers, to invest in the area.

The CGCC executive noted the company has recently secured approval from the government to extend its lease to 75 years from the current 25 years. This gives the company lease rights for the next 67 years, as it has already used up eight.

CGCC’s headline lease rate in Clark Green City is currently at P99,000 per square meter. Mr. Placino said this will already cover a locator’s lease for the next 67 years.

UDEVCO is banking on the project’s proximity to the Clark International Airport — which is a 10-minute drive from the estate — to attract more locators. It also looks to benefit from the completion of the NLEx-SLEx Connector Road, the Subic-Clark Cargo Railway, and PNR North Railway in the next two to three years.

The company noted that the PNR North Railway alone will carry 350,000 passengers daily from the National Capital Region to Central Luzon.

Arra B. Francia (2018 May 30). Dennis Uy-led firm to start work on Clark Global City this year Retrieved from http://www.bworldonline.com/dennis-uy-led-firm-to-start-work-on-clark-global-city-this-year/