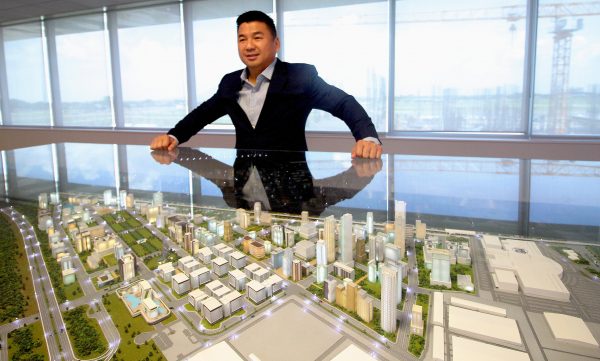 Clark Global City Corp., a wholly-owned subsidiary of Udenna Development Corp., plans to invest $6 billion to develop the 177-hectare Clark Global City within Clark Freeport Zone in Pampanga into a “global business destination” that will include a 10-hectare casino resort. Udenna, the holding company of businessman Dennis Uy, earlier acquired the project previously known as Global Gateway Logistics City from Global Gateway Development Corp. led by Kuwaiti investors.The $6-billion investment would include the $1-billion acquisition cost of the land, CGCC executives said. CGCC vice chairman Wilfredo Placino said in an interview during the unveiling of the master plan for the whole development that the group would hold a roadshow in Hong Kong, Beijing, and Tokyo next month to attract foreign investors as potential locators in Clark Global City. Placino said potential locators would be allowed to lease the property for a period of 67 years at P99,000 per square meter. He said a total of 806,682 square meters would be leased out to locators, while 325,597 sq. m. would be retained by CGCC. Clark Global City under the masterplan will be a mixed-use development with office buildings, residential developments, hotels, hospital, schools, transport terminal, sports center, an iconic tower, retail development, and casino and entertainment complex.“We are developing what will become the Philippines’ new center of business, life, and innovation,” Uy, who serves as chairman and chief executive of Udenna, said.

“Clark Global City will offer a global business destination and spur economic transformation outside of Metro Manila, complementing the government’s efforts to spread growth across the country,” he said. Uy said the planned casino project would be undertaken by PH Resorts Group, a company he owns that is into casino resort development. The 10-hectare resort casino is slated for completion by 2022. CGCC said Clark Global City would offer potential locators the benefits of an ideal regulatory, economic and operating environment. It has direct access to the Clark International Airport, which sits about 7.5 kilometers or 10 minutes by car from the development. The new terminal, under construction, will have a direct link to the existing road leading to Clark Global City.Prospective locators are expected to benefit from the completion of the NLEx-SLEx Connector Road, Subic-Clark Cargo Railway and PNR North Railway in the next two to three years.About 47 hectares of the 177-hectare development have been fully completed with world-class horizontal infrastructure.  Among the completed projects are a 173-bed hospital under The Medical City brand and two top-grade office buildings with 57,000 sqm of leasable office and retail space.