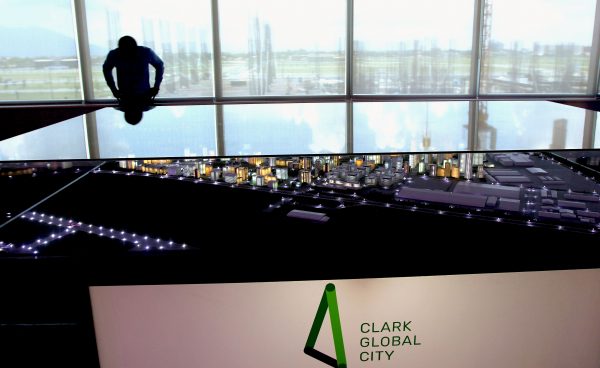 CLARK FREEPORT— An executive of a property developer has cited this free port as the second major office space market in the country now, surpassing Cebu.

“For the first time ever, in the brand-new statistics just released by the Leechiu and Associates for real estate, Clark surpassed Cebu as top choice area for office space,” McBride said during the Philippine Economic briefing here last week.

Among the presenters in the event were Udenna Corp.—which is now developing a 177-hectare area here, and Megawide Construction Corp., which is constructing Terminal 2 at the Clark International Airport,which can accommodate 8 million passengers per annum.

Cebu had held for 10 years the record as the country’s second major area in terms of office space market.

In the statistics provided by LPC, from January to September of this year, Clark reached 111,000 square meters of area for office space transaction, surpassing Cebu’s 76,000 sq m for demanded office area. This represents 8 percent of the overall transactions in the country.

Other locations included in the list were Iloilo, Cavite, Nueva Ecija, Davao and Rizal. Metro Manila was named the highest office market with 1.1 million sq m.

McBride said the strategic location of Clark, with its connectivity and infrastructure, makes it an ideal business location.

“It has an efficient connectivity, it’s in the heart of the country’s highway system touching the Subic-Clark-Tarlac Expressway with its own exit from the SCTEx. It is 148 meters above sea level, protected from typhoons by Sierra Madre and Zambales mountain ranges and not on any fault lines,” McBride said.

Meanwhile, other upcoming projects in Clark were mentioned during the briefing. CDC Assistant Vice President for Business Development Department Rodem Perez said the state-owned firm supports the government’s programs by strengthening “connectivity” in the free port.

BCDA President and CEO Vivencio Dizon, along with top executives from the private sector, also shared some updates on the development of New Clark City and the other projects under the government’s “Build, Build, Build” program.